The Tamworth U3A History group has now been going for 10 years. We have had a very varied series of talks ranging from India to the Middle East and North America. However, our main focus has been on British and European history.

We began with the 18th and 19th centuries before turning to the 16th and 17th centuries. We then shifted our attention to classical civilisations. When COVID struck we were in the medieval period which we hope to return to next year. During the lockdown we began to examine the development of political ideas using Zoom. These included Conservatism and Liberalism. Currently we are exploring Communism and Fascism.

This term we will continue to look at communism and fascism.  We will follow this up with an outline of the rise to power of Mussolini and Hitler before exploring the clash between communism and fascism in World War Two. The post war situation in Europe will also be explained.

Note: There will not be a History Class on Tuesday and Thursday during Week 5 (17th and 19th August. 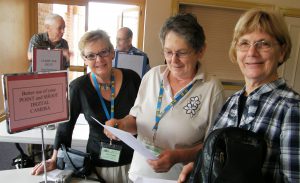